Rich Mnisi (born 14 December 1993) whose full name is Rich Fumani Mnisi is a South African fashion designer and and entrepreneur. 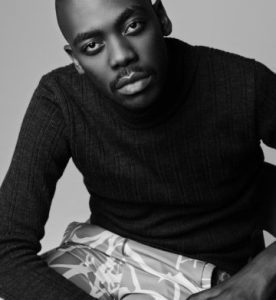 He was born on the 14th of December 1993 in Johannesburg, South Africa. As of 2021, he is 28 years old and celebrates his birthday on December 14th every year.

He was believed to be in a relationship with Boity Thulo but they are no longer together.

Mnisi, who was motivated by his younger sister, began cutting and combining magazine sheets and curtains to create a suitable aesthetic.

In 2014, he launched his brand OATH studio, which he eventually renamed after himself, Rich Mnisi.

With his Fashion brand, which is a mix of modern music, art, and nature, he has been able to represent African culture. He has designed clothing for celebrities such as Beyonce and Naomi Campbell.

He has an estimated net worth of $1 million which he has earned as a fashion designer and entrepreneur.