Sorina Erasmus (born 18 November) is a South African actress, presenter and singer known for her role as Witbank Flooze in the SABC2 soapie 7de Laan. 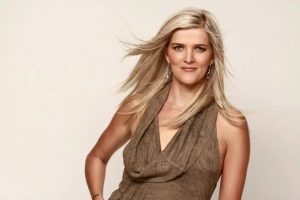 She was born on the 18th of November in South Africa. Her exact year of birth is not known.

She studied acting at Technicon Pretoria after obtaining her LLB degree and masters in law before embarking on a career in entertainment.

Sorina’s debut album, Engel met ‘n Angel, was published in 2007. In 2009, she signed a three-year agreement with EMI, releasing Hoezit my Tjomma and Ek watch jou.

In 2005, she appeared on television as Werner’s ex-girlfriend in the kykNET drama series Hart van Staal.

She also played Natasha in the final season of M-soap Net’s opera Egoli: Place of Gold, which she joined in June 2009.