Zandile Mafe (born in Mahikeng) whose full name is Zandile Christman Mafe is a South African citizen who was accused of setting alight parliament on Sunday January 9 2022. 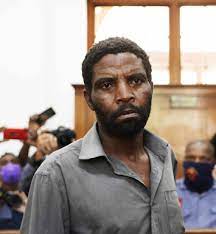 “I personally raised him because his parents passed away while they were still young. His mother had seven children. Unfortunately, only two are left.

“Zandile has a brother, Khalephile Mafe, who is a South African National Defence Force soldier.”

Zandile Christmas Mafe, 49, who resides in Khayelitsha in an area called Site B, polarised opinions this week following his high-profile arrest.

Mafe, according to his family, relocated from Mahikeng in the North West to Cape Town in 2000 to seek greener pastures.