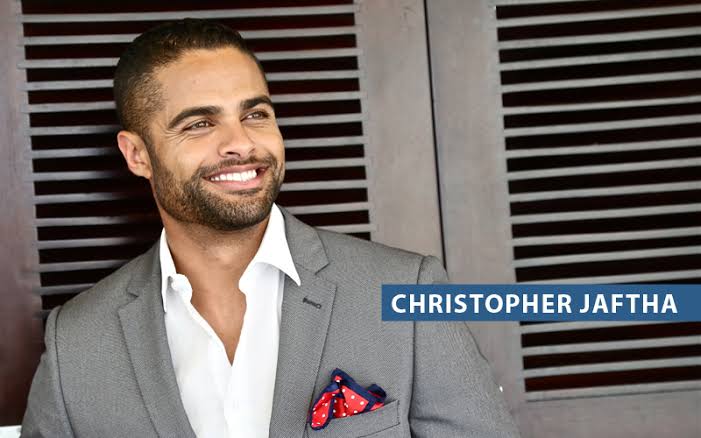 After matriculating at the age of 16, he took a gap year and did voluntary work for an organisation called Youth for Christ, where he was part of a team who travelled throughout Africa, Europe and America, raising money for HIV and aids orphanages through dance, drama and industrial theater.

During this time his interest in acting grew and became a passion, leading him to move to California where he then studied acting at the Stella Adler School of Film in Los Angeles.

When he returned home, Chris earned a place in the musical African Footprint, having had no dance or drama experience. Since then, he has appeared in numerous musical theatre productions including Aladdin, High School Musical, Footloose, Mamma Mia, Dream Girls, Saturday Night Fever, The Boys in the Photograph, Peter Pan the Pantomime, Pinocchio the Pantomime, West Side Story and Sleeping Beauty.

Besides theatre, Chris has also appeared in a number of television series and has been seen in print media from time to time, through various advertising campaigns as a model for various brands.

In 2013 he guest starred as himself (a “celebrity client”) in an episode of the Mzansi Magic telenovela iNkaba and later that year guest starred as Tony Minello, a character battling with HIV and keeping it a secret from his fiancé, in the SABC3 drama series Geraamtes in die Kas (Closet Secrets).

In 2014 Chris played the leading role in four of kykNET & Kie’s 145 films, which were part of the Ons Stories series. These included Alwyntyd, Skrikkeljaar, Die Staat Se Bul and Magic Moves.

In 2015 he had a recurring role as the antagonist Gideon Adams in the SABC3 drama series Roer Jou Voete and was a Top 5 finalist on Presenter Search on 3, a televised audition for new SABC3 presenters for three flagship shows: Top Billing, Expresso and Afternoon Express. Although he wasn’t one of the three winners, three months later he was offered a job at Top Billing as a presenter, making his first appearance on Thursday, 10 September.

In 2017 he was a celebrity guest on an episode of the SABC2 variety show Red Cake – Not the Cooking Show, appearing in Season 1, Episode 5 (which aired on 10 March).

Later that year he landed his first starring acting role in television when he was cast as Robbie September in the SABC3 comedy-drama series Bedford Wives.

Jaftha has an estimated net worth of $300 000 which he has earned from career.