Joanne Swartbooi is a South African citizen who was accused of killing her boyfriend who was the father of her own three children. 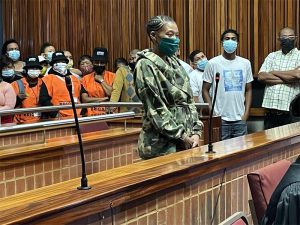 Swartbooi briefly appeared on December 9 where her matter was postponed after being on the roll for about a month.

The accused’s matter has seen another postponement as a result of load-shedding and recording machines being down, making it impossible to proceed with her matter on record.

The Eden Park mother of three, who remains in custody, faces a charge of murder, after being accused of killing her boyfriend, Timothy Jacobs.

This is after the burned body of a man, said to be her 32-year-old partner, was found at a dumping site in Eden Park.