Lelia Etsebeth is a South African actress who has appeared in TV shows like Married with Rugby, Last say on Sunday, Erfsondes II and III, and movies like Superheroes, Bakgat 2! and Blood Track acted. 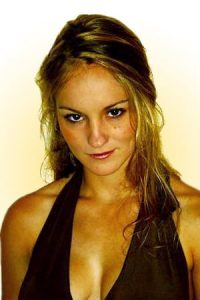 Etsebeth holds a Mtech degree in Drama and Film Studies from the Tshwane University of Technology.

In the 2011 film Superhelde, Lelia Etsebeth played Saskia, a brave hair stylist. She also starred in the film ‘n Saak van Geloof (A Matter of Faith) and appeared in the comedy Ek Joke Net! as one of the pranksters.

Lelia was first seen on television in the SABC2 drama series Erfsondes, where she played 18-year-old Lucy, a drug-addicted youngster who blames her father for her mother’s death (Sins of Our Fathers).

She has appeared in the SABC3 comic chat show Last Say on Sunday and the popular series Getroud met Rugby (Married to Rugby). In 2013, she played the character Magriet van der Merwe in the kykNET period drama television series Donkerland.