Lulu Hela (born 26 July) is a South African actress and producer known for her role as Belinda Nhlapo in the SABC1 soapie Generations. 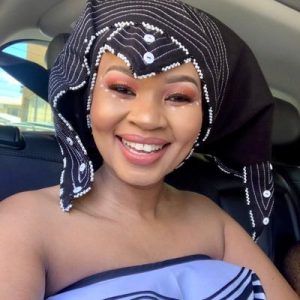 At the 4th annual South African Film and Television Awards, she was nominated for Best Supporting Actress in a Soap for her portrayal as Belinda.

Erfsondes, Tshisa, Gaz’lam, and Mtunzini.com are some of the other shows she has appeared in, as well as the films Release and White Wedding.

In the feature film and following television series uSkroef noSexy, she plays Nomalizo Motha, the girl behind the counter, which aired on eKasi+ and e.tv.

Lulu worked for the African Daily Brief as a newsreader and the African News Dimension as a journalist. She earned a BA in Speech and Drama as well as a BA in Communications Science and Media Studies from Rhodes University.

She appeared as a guest star in the Mzansi Magic supernatural drama series Is’thunzi’s Season 2 finale, which aired on October 2, 2017.

She has an estimated net worth of $100,000 which she has earned as an actress and producer.