Don Mlangeni Nawa (born 7 June 1959) is a South African actor known for her roles in the popular serials Sgudi ‘Snaysi, Isidingo, and The Throne. 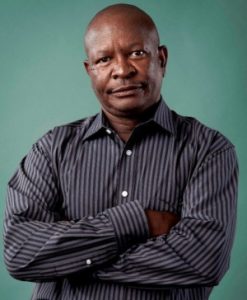 He began his acting career in the theatre, but in 1993, he transferred to the Zulu drama Hlala Kwabafileyo. He also played David in the Zulu film Ubambo Lwam.

He then appeared in the Cycle Simenon in 1995. In 1998, he starred in the television soap opera Isidingo as ‘Zebedee Matabane.’ He played the part till 2014, and he was a big success. For his work in Isidingo, he won the Golden Horn Award for Best Actor in a TV Soap in 2006.

Following a disciplinary issue with the show, he quit the serial in early 2014. He was nominated for the SAFTA Golden Horn Award for Best Actor in a TV Soap twice, in 2007 and 2010.