Jacques Julius (born 4 June 1972) is a South African Democratic Alliance politician from Gauteng serving as the Deputy Chief Whip of the Official Opposition in the National Assembly of South Africa since May 2019. 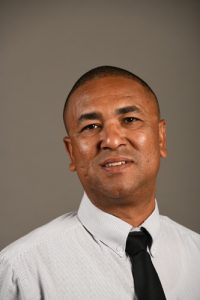 He was born on the 4th of June 1972 in Randfontein, Transvaal Province, South Africa. As of 2021, he is 49 years old and celebrates his birthday on June 4th every year.

Between the resignation of John Steenhuisen until the appointment of Natasha Mazzone in October 2019, he served as acting Chief Whip. In May of this year, he was elected to the National Assembly.

From May 2014 to May 2019, Julius was a permanent delegate to the National Council of Provinces.

Julius was elected chairperson of the Democratic Alliance’s West Rand area in Gauteng on November 21, 2020.