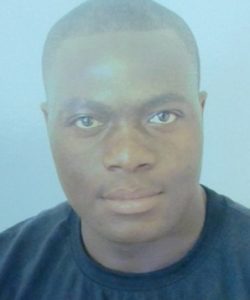 He was born on the 2nd of June in Lenasia, Gauteng, South Africa. He celebrates his birthday on June 2nd every year.

In the 2009 film Through Africa in a Bridal Dress, he played a diamond seeker. Zama Zama, Vehicle 19, Ladygrey, Im Brautkleid durch Afrika, and Tomb Raider are among his other credits.

His first appearance on television was as the star in the documentary series Eaten Alive (2008). In 2010, he also appeared in the first season of the action series Strike Back.

In 2013, he starred in Uyaphapha, a crime comedy miniseries that aired on Mzansi Magic’s “Lokshin Bioskop” strand of short series.

In 2016 and 2017, he played the recurrent character Kofi in two seasons of the Starz pirate series Black Sails, initially debuting in Season 3, Episode 4.

In 2018, he appeared in the Season 2 debut of the SABC1 drama series Ingozi as a judge in a guest-starring role.