Sonni Chidiebere (born 25 June 1972) is a South African actor best known for his role as Emeka in the third season of the SABC1 drama series Yizo Yizo, in 2004. 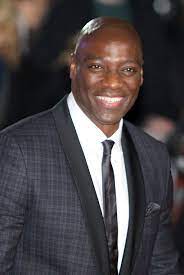 Ochuba began his acting career by appearing in television advertisements and then went on to have recurring roles in shows like YIZO YIZO 3 and ZERO TOLERANCE.

He rose to prominence and received critical acclaim for his role in the political thriller BLOOD DIAMOND (2006).

He was one of the first South Africans to compete on the worldwide television sport show GLADIATORS in the United Kingdom (1995-1996).

In the biggest American television mini-series ROOTS, Ochuba gained tremendous acclaim for his role of DJALIBA KORO (2016). He played the lead role in a music video for DRAKE, a Canadian-born artist (ONE DANCE 2016).