Ernest Msibi (born 16 May 1972) is a South African actor known for playing the role of Mohato on the Mzansi Magic drama series Gomora. 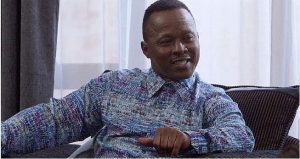 Misibi paid lobola to the family of his fiancee and baby mama Nkosingiphile Zondi on August 1, 2020. The lobola talks took place in Greytown, in the Midlands of KwaZulu-Natal. A baby girl has been born to the couple.

He previously appeared on SABC1’s controversial drama Yizo Yizo in 1999 as Chester. He also starred as Vuvu in SABC1’s Zone 14.

In July 2020, he was cast in Mzansi Magic’s Gomora as Mohato, a hardened ex-convict.