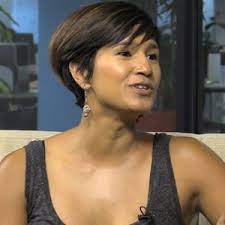 She went to Durban Girls’ College and graduated from the University of KwaZulu-Natal with a Bachelor of Commerce in Marketing and Management. She has a yoga certification and a diploma from the Red and Yellow Creative School of Business.

Pather established her own food blog, Deelishuss, in 2008 after writing for Aficionado. She worked as a cooking assistant for Siba Mtongana in 2013 after working for the online food magazine CRUSH in 2012. 2oceansvibe Radio, Good Hope FM, and Heart 104.9 FM are among Pather’s radio credits.

With Lucky Bean Media, Pather presented and produced the food travel show Girl Eat World. Filming for the series took place over the period of nine weeks in 2014, in ten different cities around the world, with local food bloggers participating. It first aired in May 2015 on SABC 3. It was also televised in a number of other countries. The series was nominated for a SAFTA in 2016 for Best Magazine Show.

She has an estimated net worth of $300,000 which she has earned as a chef, food blogger, and television and radio personality.