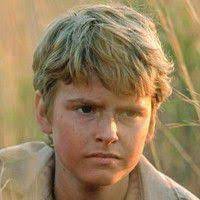 Michaeletos made his screen and acting debut in Carroll Ballard’s 2005 film Duma. He co-stars with Eamonn Walker, Campbell Scott, and Hope Davis as Xan, a twelve-year-old kid who must release a cheetah named Duma.