De Klerk Oelofse is a South African actor known for his starring role as Lourens in the kykNET drama series Die Boekklub, joining the show in Season 2. 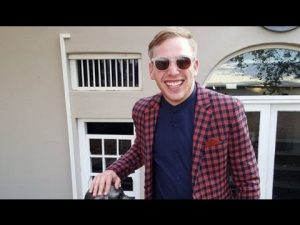 In 2013, he made his first television appearance as a recurrent guest star in the second season of the kykNET drama series Vloeksteen.

Since then, he’s appeared in Dominion, Oupa en Ouma, two seasons of Die Boland Moorde, and recurrent roles in Fluiters and Sara se Geheim, among other shows.

House Party, Bloedson, Balbesit, Hollywood in my Huis, Die Versoening van Daniel du Randt, Shepherds and Butchers, Modder en Bloed, Recce, and Kanarie are among the films in which he has appeared.