Khanya Leshabela (born 18 September 1999) is a South African professional footballer who plays as a midfielder for EFL League One club Shrewsbury Town, on loan from Premier League club Leicester City. 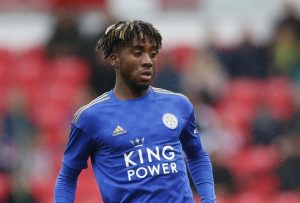 He was born on the 18th of September 1999 in Soshanguve, South Africa. As of 2021, he is 22 years old and celebrates his birthday on September 18th every year.

He began his career at Parklands Tigers and Gregory Celtics’ academies before joining Leicester City in 2013. In January 2019, he signed a three-and-a-half-year professional deal with the club. Leshabela made his Premier League debut for Leicester in a 5–0 victory over Sheffield United on March 14, 2021, as an 81st-minute substitute.

“He’s a young guy who has worked very hard,” manager Brendan Rodgers said after Leshabela’s debut, adding that “he has got talents and he came into the game and showed a great confidence.”