Siphiwe Tshabalala (born 25 September 1984) is a South African professional footballer who currently plays as a midfielder for AmaZulu. 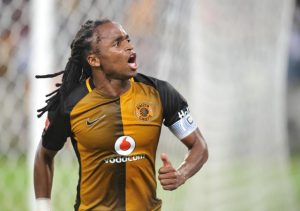 Seanamarena Secondary School in Phiri, Soweto, was his secondary school. As a child, Tshabalala dreamed to be a chartered accountant.

In 2016, he got married to former Miss SA, Bokang Montjane whom he had been dating since 2012.

Tshabalala began his career at the Kaizer Chiefs academy, but it was only after spells with Alexandra United and the Free State Stars that he made it to the senior team. On August 31, 2007, he made his debut in a 1–0 loss against Bidvest Wits.

On August 28, 2018, Kaizer Chiefs confirmed that Tshabalala would be joining Büyükşehir Belediye Erzurumspor in Turkey. He made 372 appearances for Kaizer Chiefs, scoring 58 goals in the process.

He has an estimated net worth of R15 million which he has earned as a professional footballer.

How to Register for Homeschooling in South Africa