Marguerite van Eeden (born 6 June 1999) is a South African actress known for her role as Anita in the kykNET drama series, Sara’s Secret. 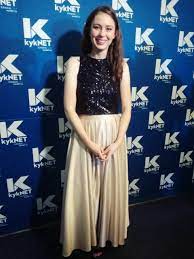 In 2018, Van Eeden was engaged to Danie du Toit of the music group, Spoegwolf .

Her first television appearance was in the kykNET crime series Die Byl, which is based on the late Piet Byleveld’s dossiers.

Van Eeden had a successful year in 2017 when she landed the role of Anita in the television series Sara’s Secret as well as the film Vaselinetjie.

She made her kykNET debut in Episode 3 of Season 1 of the drama series Waterfront in October 2017. In the television series Fynskrif, she gets her first full part in 2018.