Roeline Daneel (born 1989) is a South African actress known for her recurring role as Alta-Marie in the kykNET & kie soapie Arendsvlei. 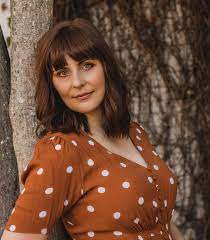 She made her screen acting debut in 2011 when she was cast as Marike Prinsloo in the kykNET drama series Vallei van Sluiers in the recurring role of Marike Prinsloo.

Following that, Roeline appeared as a guest star in an episode of the kykNET drama series Vloeksteen, which aired on May 28, 2013.

In 2013 and 2017, she appeared as a guest star in two seasons of the kykNET criminal anthology series Die Boland Moorde.

She began as Petro in the kykNET drama series Die Boekklub in 2016, and she reprised the character for Season 2 in 2017.

In 2018, she appeared as Charmaine in the second season of the kykNET drama Sara se Geheim as a guest star, and she reprised the role the following season.

In the same year, she started playing Klara in the kykNET legal drama series Fynskrif, where she first appeared in Season 1, Episode 4.

In 2018, she appeared in an episode of the Investigation Discovery true crime series Welcome to Murdertown as a guest star.

Roeline debuted in the first season of the kykNET & kie soapie Arendsvlei, making her first appearance in Episode 46 of Season 1.