He is the son of Mr Motsamai and he has 35 siblings. Mr Motsamai had 36 children and he was the youngest child and also the only child from his mother. 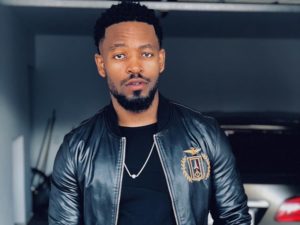 Prince Kaybee is currently in a romantic relationship with Zola Mhlongo.

He has an estimated net worth of $1 Million – $5 Million which he has earned from being a musician.

What do I do for fun? I burn some tyres😊

Took my scruffy ass to the pool🥴