Terry BBMzansi (born 1995 in Johannesburg) whose real name is Gugu Bonga is a South African Makeup artist and adult content creator who is one of the housemates in the BBMzansi Season 3. 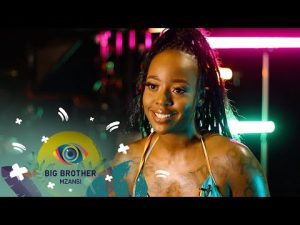 A self-described “class clown”, Gugu says she has a very big personality, and stands for acceptance and non-judgement. Honest almost to her own detriment, she doesn’t like fake people.

“I wear my heart on my sleeve – expect good vibes and a good time. But they mustn’t expect a pushover – I’m not the type to let anyone disrespect me.” That said, she says she’s something of a cry-baby. “I’m a soft thug.”

She has an estimated net worth of $50,000 which she has earned as a Makeup artist, and adult content creator.