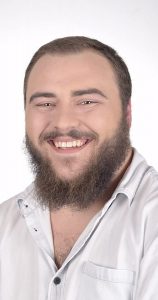 He attended CityVarsity for his tertiary studies after matriculating from Horskool Durbanville in Cape Town, graduating in 2017 from the Campus of Performing Arts.

In the same year, he joined the hard rock band Black Pistol as the main vocalist.

Stiaan made his feature film debut in the 2019 war drama Moffie, in which he plays a young man in 1981 South Africa who must finish his cruel and racist two years of compulsory military service while desperately trying to keep his homosexuality hidden.

He voiced a minor character in an episode of the kykNET crime drama series Die Byl, which aired on January 12, 2020.