Keeno-Lee Hector (born 3 February 1978) is a South African actor, singer and voice artist known for his role as Boeta Noor in the SABC2 drama series The Riviera. 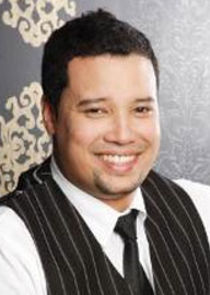 He matriculated from Livingston High School in Cape Town in 1995. He then proceeded to study for a Performers Diploma in Speech and Drama at the University of Cape Town, graduating in 1999.

Keeno-Lee initially appeared in Season 1, Episode 2 of the kykNET drama series Sara se Geheim (Sara’s Secret) in 2017, in the recurring character of the Pastor (which aired on 18 April that year). In the next two seasons, he reprised his role, in 2018 and 2020, respectively.

In the year 2020, he played Boeta Noor in the SABC2 historical comedy-drama The Riviera, which was set in 1989 and revolved around the experiences of a Muslim girl growing up on the Cape Flats.

In the Syfy space western series Vagrant Queen, he also had a recurring role.

He secured a prominent role in another Kompleks project, this time a kykNET drama series set in two parallel universes, in the same year. Bradley, his character, is the friend we all wish we had.