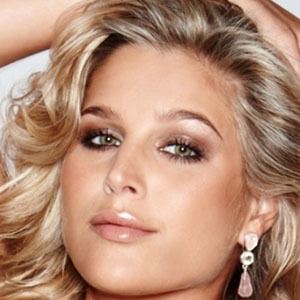 She was born on the 26th of February 1984 in Durbanville, Western Cape, South Africa. As of 2022, she is 38 years old and celebrates her birthday on February 26th every year.

In September 2007, she married Constant Visser, a businessman from Stellenbosch. Her spokesperson revealed the couple’s decision to split in November 2009.

Van der Westhuizen began modeling when he was 16 years old. She was chosen for an international campaign by the fashion label Guess in her senior year of high school in 2002. In Cape Town, she is represented by Max Models. US troops serving in the Iraq War voted her the most popular pin-up girl in 2003.

Van van Westhuizen took part in the 2006 South African Sports Illustrated Swimwear edition shoot, which was shown on M-Net. She was a featured character on the e.tv documentary series Behind the Name in 2007.

In May 2007, she joined the SABC 2 Afrikaans magazine program Pasella as a presenter. In the South African comedy film Big Fellas, Van der Westhuizen plays Mimi.

She has an estimated net worth of $500,000 which she has earned as a model and television presenter.