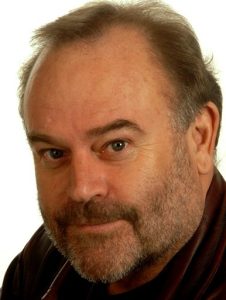 In 1986, he wrote and performed the theme song for the TV show Ballade Vir ‘n Enkeling. In South Africa, a soundtrack CD featuring the song was certified gold.

1945, Die Meisie Van Suidwes, Agter Elke Man, Death In The Family (mini-series), Honeytown I and II, Arsenaal, Samaritan, and Dryfsand are among his other television appearances.

In 2007, he starred as Andries Plak in the Afrikaans sitcom, which premiered on SABC2 on Friday, April 6th.

From February to March of 2008, he starred as Magistrate Grobler in the SABC2 mini-series Riemvasmaak. In 2009, he appeared as an Inspector in the SABC2 sitcom Askies as a guest star.

In 2009, he had a guest appearance as Jingles in the SABC2 sitcom Konsternasie Oppie Stasie’s eighth episode.