Richard Maponya was a South African business man, entrepreneur and property developer who built his business empire despite the odds of apartheid and made a name for himself in business in Africa. Maponya faced a lot of obstacles while trying to make way in business but he eventually succeeded in making a fortune from property, horse racing, retail, cars and liquor.

He had a strong impact in the economic development of Soweto and serves as an inspiration to South Africans. 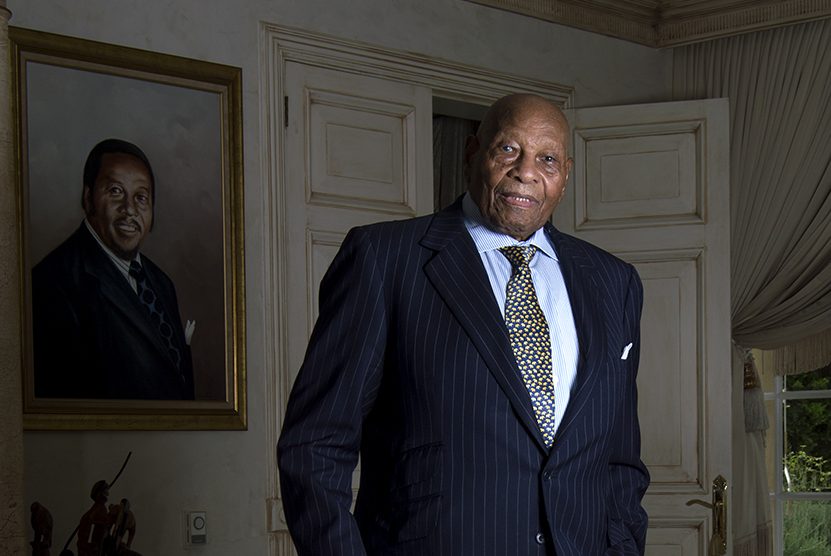 He was married to Marina, who played an important role in the development of his business. Together, they established the Dube Hygienic Dairy which delivered milk to customers who resided in Soweto and had no access to electricity and refrigeration.

Their marriage was blessed with eight beautiful children and three of them are fully involved in the management of their father’s business empire.

In the 1950s, Maponya wanted to open a clothing store in Soweto but was denied by the authorities. However, his very close friend, Nelson Mandela, who was a lawyer helped him in securing a license to trade daily necessities. This opened the way for Maponya to start out with a milk delivery business that was to prove the foundation of his fortune.

On the 27th of September 2007, Maponya Mall in Soweto was open. Maponya decribes the moment when Nelson Mandela cut the ribbon to open the mall as the highlight of his life.

The mall holds more than 200 stores and a cinema complex and is known to be one of the largest shopping centers in South Africa.

His net worth is not known however, he is known to be one of the richest men in South Africa.

Maponya died in the early hours of Monday, 6 January 2020 at the age of 99 years after a brief illness