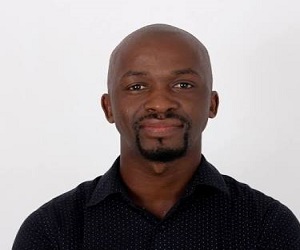 In 1998, Thami enrolled at the Community Arts Project (CAP) in Cape Town, which is now known as the Arts and Media Access Centre (AMAC). From 1999 to 2001, he pursued a Performer’s Diploma in Speech and Drama at the University of Cape Town.

In 2001 and 2002, he made his debut in a KFC (“Ayavaya Amafong Kong”) commercial that aired on the SABC. Since then, he’s been in a variety of South African television shows, including Madam & Eve, Khululeka, Interrogation Room, Stokvel (two different characters in two seasons), and Mazinyo Dot Q.

Caltex, BP, AIDS Awareness, Bokomo, Media 24, Spar, and the Department of Economic Development and Tourism are just a few of Thami’s corporate clients.

Thami received the 2011 Durban Theatre Awards for Best Solo Performance for his part in Maurice Podbrey’s one-man production A Plague of Heroes.

He also got the Brett Goldin Bursary Award in 2008 and spent a month with the Royal Shakespeare Company in Stratford-upon-Avon, England, after winning the Aardklop Best Actor in an Ensemble Award in 2007 for Karoo Moose.