She is popular for playing the role of Queen Moroka for about 20 years in the Soap Generations. 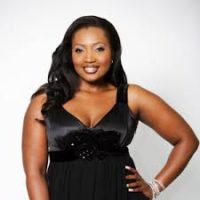 She is the mother of three children who are known as Shallon Ndaba, Rudo Ndaba, and Lwandle Ndaba.

She has an estimated net worth of around $1 Million which she earned from being a professional TV Actress.

According to a 2014 report, Sophie Ndaba (Queen), the longest-serving actress on the soap with more than 15 years, earned an average of R17000 a week and that her wage should be spiked to R30000 a week