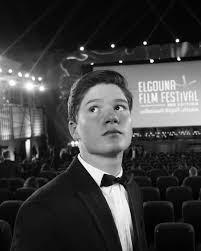 In 2018, he made his movie acting debut in Etienne Kallos’ feature film The Harvesters, which he wrote and directed.

In the kykNET drama series Alles Malan, he made his television playing debut as Johan, Elani’s (Greteli Fincham) new love interest who supports her in all her actions (Everything Malan).

Brent then secured another recurring part, this time in the M-Net thriller series Trackers, which premiered on October 27th, 2019.

He also starred as Henry de Waal in the feature film Griekwastad in 2019.

He initially appeared in the series premiere of the kykNET drama series Afgrond on February 17, 2021, in the recurring character of Divan Fourie.

Brent got his first starring part on television in the same year, playing Xander Malan in the third season of the kykNET anthology drama series Spoorloos.

His character is Adri’s (Jane de Wet) very bright high school acquaintance, who assists her in discovering that she was taken as a baby 15 years ago.