Melissa Myburgh is a South African actress known for her starring role as Mika in the kykNET drama series Kompleks. 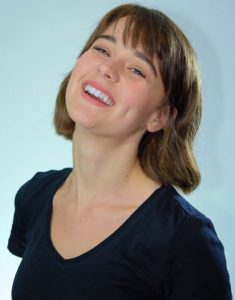 In 2016, she matriculated from Hoërskool DF Malan and enrolled at the University of Stellenbosch to study a BA Drama (Acting) the following year.

On August 5, 2019, she made her television acting debut in a guest starring role in an episode of the kyKNET comedy series Lui Maar Op, Belinda.

When she was cast as Mika in the kykNET drama series Kompleks, she got her first leading role. Her character is talented with charcoal and paper, has strong world views, and good musical taste.