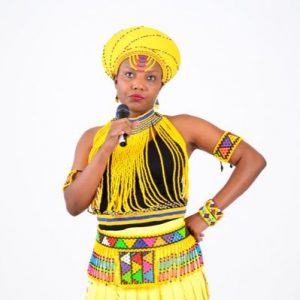 She was born on the 29th of September 1977 in Durban, South Africa. As of 2021, she is 44 years old and celebrates her birthday on September 29th every year.

She finished her secondary studies at Northmead Secondary School before enrolling in Natal Technical College, which is now Durban University of Technology, where she earned a bachelor’s degree in Performing Arts in 1998.

She waited for casting possibilities in vain after graduation because she couldn’t afford an agent or to live in Johannesburg, so she moved to the United States in 2001 and worked as an Au pair for two years while studying Business Management at Montgomery County Community College in Pennsylvania.

She eventually moved to the United Kingdom, where she lived for 12 years and studied law, earning her first diploma in law from the University of London in 2006 and then later a Bachelor of Laws from the London Metropolitan University in 2009.

Thenjiwe got married to John William Moseley on 5 April 2004. Together, they have a son named Jack Unathi Moseley who was born 22 May 2005 in Woking England.

She made her debut in acting as Doris in The Road in 2015. In 2017, she acted in a TV drama series, The Harvest, as Zodwa. In the same year, she acted in two Nollywood movies; 10 Days in Sun City in June and The Accidental Spy in December.

In 2018, she acted as Thenjiwe “Mthandazi” Mvelase, an out-of-work prophetess in Imbewu. In 2019, she acted in a South African thriller movie, Uncovered.

She has an estimated net worth of $400,000 which she has earned as a comedian, actress.