Mohau Mokate (born 18 June 1991) is a South African soccer player who plays as a centre forward for TS Sporting and the South Africa national football team. 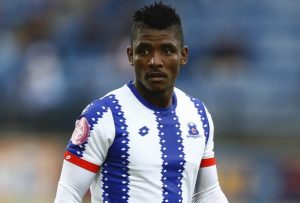 Orbit College was where Mokate got his start, and after that he played for Maritzburg United in 2014.

In August 2019, he left Maritzburg United, but two months later, he returned to Ajax Cape Town. In January 2021, Mokate joined TS Sporting for the remainder of the season.