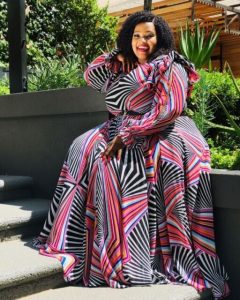 She has acted in numerous TV series including the SABC1 drama series Usindiso and soapie Generations: The Legacy; the SABC2 medical drama Hillside (playing two different characters in each season); the e.tv soapie Rhythm City and the second season of the Mzansi Magic drama series Saints and Sinners.

In 2018, she was cast as Nomathemba in Mzansi Magic’s supernatural drama series The Herd, which was her biggest role to date. She was a recurring character in Season 1 before being promoted to a leading role in Season 2 in 2019.