Timmy Kwebulana is a South African actor known for his supporting roles in TV shows such as Fishy Feshuns and Mazinyo Dot Q. 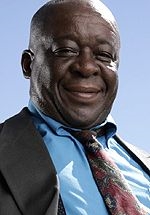 Timmy also appeared as a guest star in an episode of Mzansi Magic’s Chandies in 2012.