Nhlanhla Mdlalose (born 9 December 1982) is a South African actor known for his recurring role as Bongani on the Mzansi Magic soap opera Isibaya. 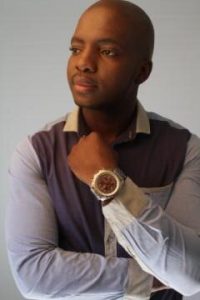 He was born on the 9th of December 1982 in Ladysmith, KwaZulu-Natal, South Africa. As of 2021, he is 39 years old and celebrates his birthday on December 9th every year.

In 2018, he got married to his long term girlfriend Percy in Ladysmith, KwaZulu-Natal.

The actor appeared in his television debut as a waiter in the episode of the show titled “4Play: Sex Tips for Girls” in 2010. Bongani appeared in all eight seasons of the television serial Isibaya, which aired from 2013 to 2021.

Nhlanhla guest starred in the Mzansi Magic production of the crime caper miniseries Uyaphapha, in which he portrayed Shudu, the hip-hop loving and annoying cousin of Guavs (portrayed by Vusi Simelane).

The 2014 film he appeared in, The Imposter, aired on Mzansi Magic and Mzansi Wethu in the “Lokshin Bioskop” (named after his birth name, Vladimir Loshkin) strand of themed hour-long movies.

On November 3, 2018, Moja Love featured him as one of the “cases” in an episode which aired as part of the Judge Thenjiwe Khambule comedy series.