Elliot Makhubo (born 29 April 1972) is a South African actor known for his role as businessman hustler Zondi in the e.tv soap opera Rhythm City, from 2010-2013. 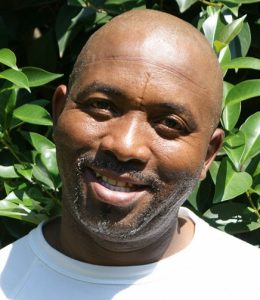 uBizo, City Ses’la, Generations, Isidingo, Soul City, Backstage, Jozi Streets, Mzansi, Mtunzini.com, Zero Tolerance, Izoso Connexion, and Intersexions are among the television programs in which he has appeared as a guest star.

Mr. Bones 2, Yesterday, Beat the Drum, Footskating 101, District 9, and Forgotten are just a few of the feature films in which Elliot has appeared.

Elliot made his Mzansi Magic soap opera debut in 2013 in the recurring character of Lithebe, an ex-military sociopath who operates a security agency and is the brains behind Jazzman’s armoured car heists.

In 2015, he starred as Professor Milton in the SABC1 sitcom iThuba Lokugcina, in which he established a program to assist underachieving students in completing their academic year successfully – a life skills/extra class program within the varsity where the kids are enrolled. He also appeared as a guest star in the e.tv drama series Umlilo in 2015.