Matli Mohapeloa (born 2 April 1984) is a South African actor known for his role as DJ Ngwazi in the e.tv soapie Rhythm City. 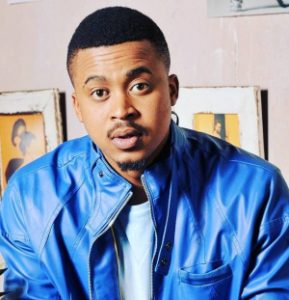 He was once in a relationship with Khanya Mkangisa. The two went their separate ways with Mkangisa posting on Snapchat saying

“People keep asking me about it and its just so annoying. I’m single, please don’t ask me about my ex-boyfriend.”

They had been in an on-and-off relationship for a long time, with Khanya once even denying she was in a relationship with the actor.

He had a starring part in the 2006 mini-series When We Were Black and appeared in the 2005 television series Gothia Caper.

In October 2009, he joined the cast of the SABC1 sitcom Nomzamo for its third season, in which he played Mdu, the troublesome brother of the titular character who moved in with her.

In the Mzansi Magic soap opera Zabalaza, he plays Moss Cele, a single, streetwise, greedy, and self-centered businessman who manages a hair salon that his father bought for him.

He had a recurring role as Thabiso, a convicted rapist who served time in jail, on the SABC1 soapie Generations: The Legacy in 2017.