David Sherwood (born 1944) is a South African actor who has worked as a professional freelancer since 1967 in film, theatre and television. 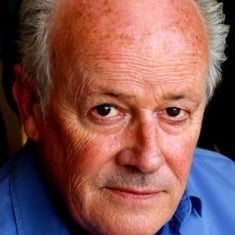 Steel Dawn, Paradise Road, Jewel of the Gods, Kringe in ‘n Bos, American Ninja 4: The Annihilation, Operation Delta Force 2: Mayday, Heel Against the Head, Operation Delta Force 5: Random Fire, Hansie: The Movie, How to Steal 2 Million, The Challenger Disaster, Nothing for Mahala, and Konfetti are just a few of David’s feature films and TV movies.

David Sherwood portrayed Danny Conroy on the ITV soap series Crossroads in the early 1970s. He went on to star in a number of TV shows, including Tropical Heat, Shaka Zulu, Rhodes, The Adventures of Sinbad, Konings, and ‘Sgudi ‘Snaysi.

The Lab, The Coconuts, Shreds and Dreams, Let Heaven Wait, Rhythm City, Ihawu, Those Who Can’t, Isidingo, Umlilo, and Abo Mzala are some of the subsequent television shows. He also participated in the pilot of the planned miniseries The Message and had a guest appearance in the USA series Covert Affairs.

He joined the cast of the SABC1 sitcom Gauteng Maboneng in 2016 for its third season, playing Dirk.