Anton David Jeftha (born 9 October 1986) is a South African actor and model known for his starring role as SJ Price in the M-Net telenovela Legacy. 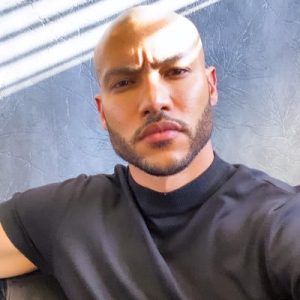 In 2012, he made his television acting debut in the series premiere of the M-Net true crime series Crimes Uncovered, in which he played kidnapper Zubair in the murders of actor Brett Goldin and his companion Richard Bloom.

In the same year, he guest featured in the miniseries Mankind: The Story of All of Us and made a cameo appearance as a Mossad agent in the action series Strike Back in an episode titled “Vengeance: Part 5” (Season 3, Episode 5).

He returned for the Season 2 premiere of Dominion in 2015 before leaving the show. He also appeared in the British programs Jamillah and Aladdin and guest starred in the historical miniseries Saints & Strangers.

He initially appeared in Season 3, Episode 13 of the kykNET soapie Suidooster in 2017, playing the recurring role of Rhiyaaz Samsodien (which aired on 24 April that year). In Season 6, in 2020, he reprised his role.

In the M-Net telenovela Legacy, Anton won his first leading role on television in 2020, playing SJ Price, the charming prodigal son of Dineo and Sebastian who comes home to celebrate his father’s retirement only to be confronted with a legacy dispute and an unexpected romance.