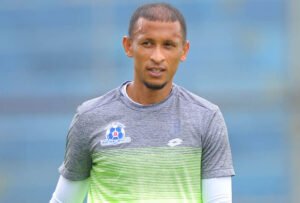 Current first-team right-back Allie joined Ajax’s academy in 2000 and worked his way from the Under 15’s to the first team.

Being a relatively quiet person it didn’t take Moeneeb Josephs to come up with the name ‘ silent assassin’.

He has an estimated net worth of about $300,000 which he has earned as a professional footballer.