He holds the record for most goals and matches for Wits. 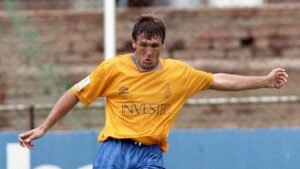 He played his only international match in a 4-0 loss against Nigeria in a Group D World Cup qualifier after coming in for Lucas Radebe in the 75th minute.