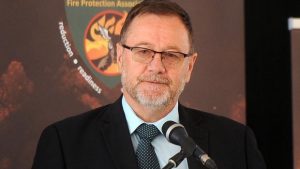 He is happily married and has two sons.

He serves on the Western Cape Provincial Government’s Executive Council in the Local Government, Environmental Affairs, and Development Planning Portfolio.

He’s also served as deputy mayor of the Swartland Municipality, mayor of Darling, and a member of the Darling Transitional Council.

Anton oversaw his family’s business in Darling before pursuing a political career.