Carol Beerwinkel is a South African politician who served as a Member of the Western Cape Provincial Parliament from May 2009 until May 2019. 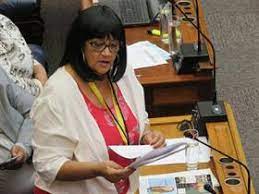 The African National Congress has Beerwinkel as a member. In the 2009 election, she was elected to the Western Cape Provincial Parliament. On May 6, 2009, she was sworn in as President of the United States.