Mavuso Simelane (born 19 December 1984) is a South African actor known for his starring role as Samuel in the M-Net drama series Reyka. 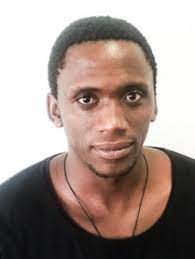 Mavuso made his television acting debut in the character of Sbu in the SABC1 docu-drama series Ngempela’s Season 1 finale.

The following year, he appeared as Shaka in the second season of the e.tv police drama series Traffic! as a guest star.

In 2016, he appeared as a guest star in the SABC1 romantic comedy-drama series Forced Love’s season finale.

In the History Channel’s enslavement drama Roots, which premiered globally in mid-2016, he had a cameo as a Mandinka slave.

In the first season of the kykNET police procedural drama series Projek Dina, he performed the guest character of George.

When Mavuso was cast as Samuel Zwane in the M-Net drama series Reyka, he won his first major role on television.