Goss started his senior career Lamontville Golden Arrows and had spells at Real Kings and Bidvest Wits before joining Mamelodi Sundowns in 2020. 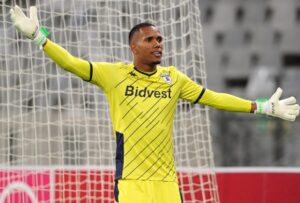 Goss was born in Durban and grew up in Chesterville. His mother Faith was a single mother and Ricardo has never met his father.

He made his debut for Lamontville Golden Arrows on 1 May 2013 in a 4–1 defeat to Moroka Swallows. Despite the 4–1 defeat, manager Manqoba Mngqithi was complimentary of Goss’ performance, saying “To be honest, I was quite impressed with Ricardo on the day but the circumstances were not favouring him.”

In total, he made just 2 league appearances for Golden Arrows before leaving the club in 2017.

In July 2017, he joined Real Kings on a two-year deal. He played all 30 league games for Real Kings in the National First Division across the 2017–18 season, as they finished fourth.

In total, he made 19 league appearances for Bidvest Wits across the 2019–20 season.

Goss has appeared for South Africa at under-23 level and for the senior national team. 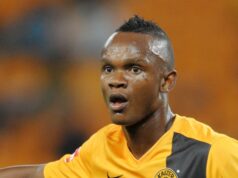