Charmaine Weir-Smith is an award-winning South African actress and director best known for her work in theatre. 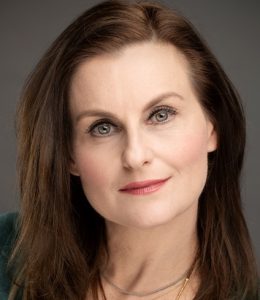 Charmaine Weir-Smith began her career as a member of the Natal Playhouse Company. She played Ophelia in Hamlet (for which she earned a Vita Award for Best Supporting Actress in 1995), Agnes in Agnes of God, Kitty in Charlie’s Aunt, and Em in Story of an African Farm, to name a few.

She was also nominated for a Vita Award for Best Actress for her role in The Young Visitors as Ethel.

She continues to act, but she is now pursuing her other passion: directing. She directed I Love You, You’re Perfect, Now Change for Venture Capital, two adult pantomimes, and Pineapple Velvet, a one-woman performance.

She has received two Vita Award nominations for Best Director of a Musical.

Charmaine directed and collaborated with Nick Boraine in his one-man play Sic, which has been shown all across South Africa since 2000. In August 2001, Sic was invited to perform at the New York City Fringe Festival.

Generations, Hard Copy, Sorted, and FONT are some of the TV shows in which she has appeared. She also appeared in the e.tv drama series 4Play: Sex Tips for Girls in a minor part.

She has an estimated net worth of $200,000 which she has earned as an actress and director.