Marianne Thamm (born 12 March 1961) is a South African journalist, author, and stand-up comedian. She is also the assistant editor of the Daily Maverick and has written several books. 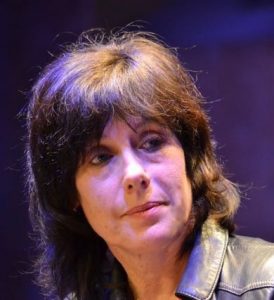 Thamm was born in England, where her German father met Thamm’s mother, a Portuguese domestic worker, while he was a prisoner of war. “Half-Portuguese, half-German, recovering Roman Catholic atheist lesbian immigrant,” Thamm characterizes herself. Her partner and two daughters reside with her in Cape Town.

She has an estimated net worth of $200,000 which she has earned as a journalist, author, and stand-up comedian.