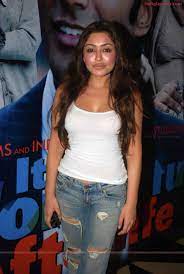 Durban Girls’ College was her alma mater. She studied English, Afrikaans, French, and Latin, among other languages. She graduated from high school at the age of 16 and moved to India to pursue a career in medicine.

In 2009, she got married to Iqbal Sharma who is a famous South African Businessman and also the founder of ISSAR.

In 2006, Tarina Patel made her film debut alongside Omar Sharif and Peter O’Toole in the film One Night With The King. Following that, she starred in the Bollywood film Just Married, which was released on March 16, 2007.

In Dhol, she made a special appearance. She also appeared in the films Bhagam Bhag and Bhool Bhulaiyaa, the highest-grossing Indian film of the year, in which she played Nandini Upadhyay, a supporting character.

She has an estimated net worth of $1 million which she has earned as an actress, model, and film producer.