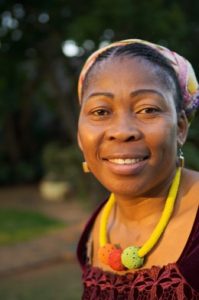 Gcina Mhlophe was born on the 24th of October 1958 in KwaZulu-Natal, South Africa. As of 2021, she is 63 years old and celebrates her birthday on October 24th every year.

Gcina Mhlophe began her career as a domestic worker, then went on to work for the Press Trust and BBC Radio as a newsreader, and finally as a writer for Learn and Teach, a magazine for newly literate individuals.

She played at a library in a predominantly black neighborhood, where she was repeatedly invited back by an ever-increasing audience.

Mhlophe is now the patron of the International Association for Theatre for Children and Young People, ASSITEJ South Africa.

Mhlophe is now the patron of the International Association for Theatre for Children and Young People, ASSITEJ South Africa.

She has an estimated net worth of $400,000 which she has earned as an activist, actress, storyteller, poet, playwright, director and author.