Henri Slier (born 9 September 1979) is a South African model known as one of the four men who were the subject of the SABC3 docu-reality television series MAN, in 2010. 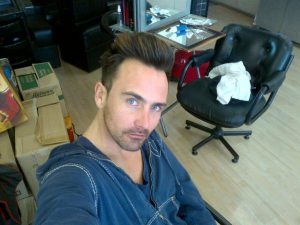 He was born on the 9th of September 1979 in Tzaneen, South Africa. As of 2021, he is 42 years old and celebrates his birthday on September 9th every year.

Henri wants to leave a humanitarian legacy, learn an African language, perfect his French, and provide for his family.